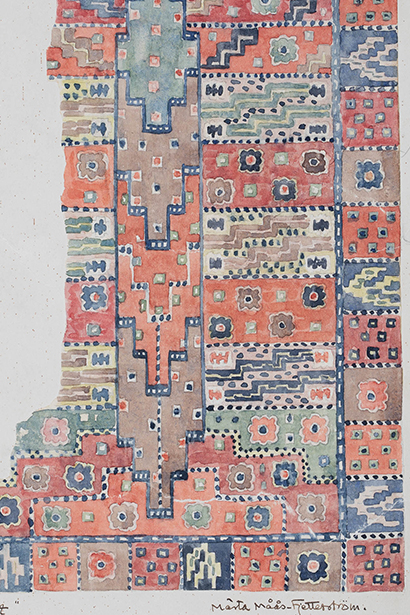 In 1931, Carl Malmsten was commissioned to design the interiors for a number of suites at the new Hotel Waldorf Astoria in New York. Märta Måås-Fjetterström was asked to produce rugs for the suites.

She crossed the Atlantic and the city with its skyscrapers inspired her to design the rug that was displayed at the Swedish Exhibition of Industrial Art in
London the same year.