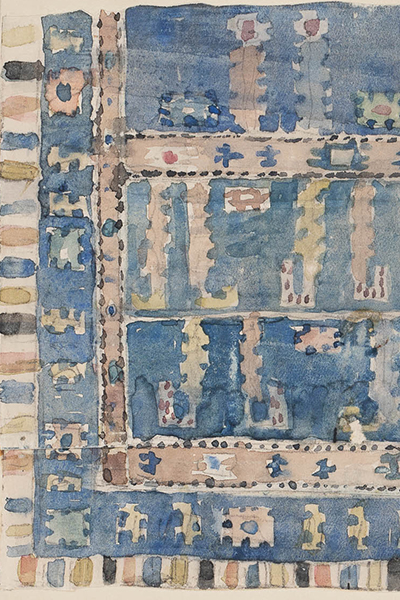 Ståndaren (standing flowers) is one of three rugs originally developed for the Swedish American Line’s M/S Kungsholm that operated on the Gothenburg – New York route in the 1930s.

The rug has also been woven for the Parliament House, Stockholm. During King Gustaf VI Adolf’s reign, this rug decorated his library at Ulriksdal Palace.