Tullgarn Palace has been used regularly as a royal summer residence. Duke Fredrik Adolf, King Oskar I and Queen Josefina, and King Gustaf V and Queen Viktoria all stayed here and left their mark.

Duke Fredrik, the younger brother of Gustav III, modernized the palace in neo classical style. The best interior designers and artists of the times were commissioned, amongst others Louis and Jean Baptiste Masreliez. Many of the interiors created at that time remain today in their original form.

Gustaf V took over Tullgarn in 1881 and together with his consort Viktoria, implemented extensive changes. The main building was decorated more like a modern functional summer home then a royal pleasure palace.

Thanks to the fact that Tullgarn was a popular summer palace amongst Swedish Royalties, the palace houses fine examples of interiors from different epochs and personal styles. For example, the small drawing room, decorated in the 1790s, the breakfast room in southern German Renaissance style from the 1890s and Gustaf V's cigar room, which has remained largely untouched since is death in 1950. 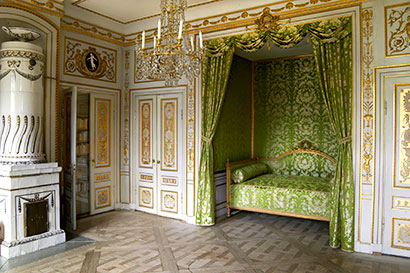 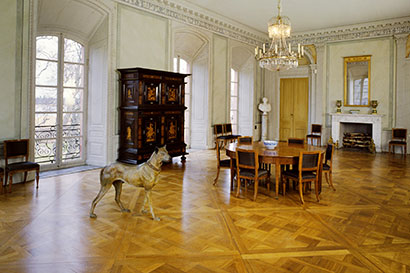 The Royal Walks app offers walks in beautiful settings through several of our royal parks. The app now also includes a guide to the area ...