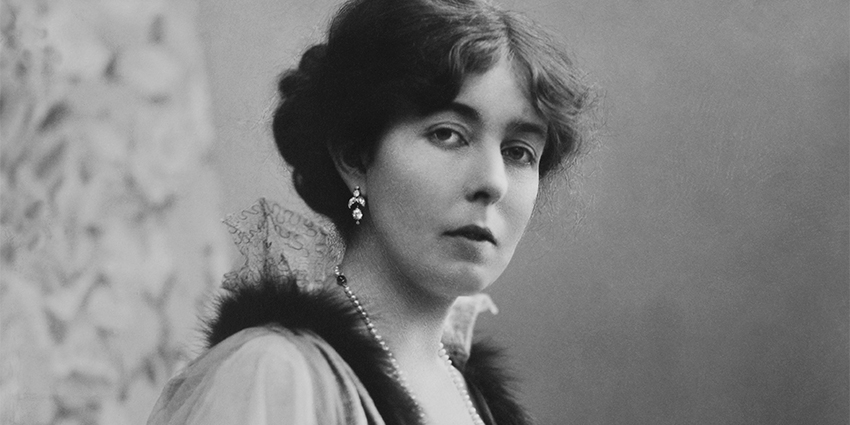 A princess ahead of her time

The popular Crown Princess Margareta made a strong impression on Sweden. She was a pioneer within many areas, and changed both contemporary and future views of the Royal Family.

Margaret Victoria Charlotte Augusta Norah of Connaught, Princess of Great Britain and Ireland, was born at Bagshot Park near Windsor on 15 January 1882. She was a granddaughter of Queen Victoria of Great Britain, and was known as Daisy to her family and friends. Her father was Prince Arthur, Duke of Connaught and Strathearn.

In January 1905, the Duke of Connaught and his family travelled to the Mediterranean on board the HMS Essex. In Cairo, they were invited to a ball by the Khedive (Viceroy) of Egypt, Abbas Hilmi II. The ball was held at the Abdeen Palace, and it was here that Princess Margareta met Prince Gustaf Adolf for the first time. It was love at first sight. After having met just a few times, the prince proposed and Margareta said yes.

Less than four months later, on 15 June 1905, the couple were married by the Archbishop of Canterbury in St George's Chapel at Windsor Castle. The newlyweds – now the Duke and Duchess of Skåne – arrived in Malmö on 8 July 1905 before continuing their journey to Stockholm. Margareta immediately began taking Swedish lessons, and learnt the language quickly.

A new open attitude towards the media gave the public an insight into the prince couple's unusually modern family life. For example, the crown princess was one of the first members of the Royal Family to nurse her own children. Margareta's children were the centre of her world, and she started a small school above the family's apartment at the palace. This enabled her to spend plenty of time with her children, and her children had school friends.

The crown princess was a keen photographer who documented her family's life and filled many albums with photographs. Images of the family were spread through films, postcards and news articles. A picture of modern motherhood emerged.

Despite her many obligations, Crown Princess Margareta managed to find time for her creative interests, such as painting and gardening. During her childhood in England, she was taught by Madeleine Fleury and was inspired by her impressionistic style. In Sweden, she spent a lot of time with her artist friends and mentors Prince Eugen and Anna Boberg, the wife of architect Ferdinand Boberg. The crown princess took part in two public exhibitions: the Baltic Exhibition in Malmö (1914) and Nya Idun (1920).

Margareta loved gardening, and together with Gustaf Adolf created a fantastic garden at their summer residence Sofiero Palace. They laid out rockeries, extensive flowerbeds and a kitchen garden. The crown princess also wrote two books about garden planning.

Crown Princess Margareta was also a pioneering royal sportswoman. She appeared on the cover of a sports magazine during her first summer in Sweden, with an article describing how the princess played tennis and took part in horse-riding and golf. She was also enthusiastic about participating in winter sports in her new home country.

In 1908, the crown princess founded Sweden's first women's team for bandy (known then as hockey): The Crown Princess's Hockey Club. The team spawned others, and there was soon a league of six teams, all of which trained twice a week.

Crown Princess Margareta had a talent for organisation and an ability to motivate others. She understood that her social position brought excellent opportunities, and therefore took the initiative for charity projects based at the Royal Palace.

After a meeting with an American representative from the YMCA, the crown princess began sending packages to prisoners of war and encouraged others to do the same. Not long afterwards, she wrote:

"This work has become too much for me to manage alone. I cannot deal with it all as I did before, and have now decided to start a kind of agency. […] I will run it all personally."

Packages could be submitted three days a week. Twice a month, they were distributed to prisoners of war in Germany, Austria and Russian Siberia from various different countries. Margareta understood that prisoners needed more than just food to survive. She therefore also sent items such as books, notes, sports equipment, theatre costumes, seeds from her garden and much more.

The death of a crown princess

During the winter of 1919/1920 Margareta suffered a serious ear infection which weakened her immune defence, and she never fully recovered. Crown Princess Margareta died at the Royal Palace on 1 May 1920 at the age of just thirty-eight, leaving behind her a husband and five young children. She wanted her final resting place to be close to nature, not in the royal burial church on Riddarholmen. She was therefore the first to be buried at the Royal Cemetery in Haga Park.

A network of around sixty women from all sections of society was established immediately after her death to distribute collection lists for Crown Princess Margareta's Memorial Fund.

On 15 June, which would have been their 15th wedding anniversary, Gustaf (VI) Adolf accepted the funds donated in Margareta's memory. Over the last century, the memorial fund has continued to support social issues that the crown princess was involved in. 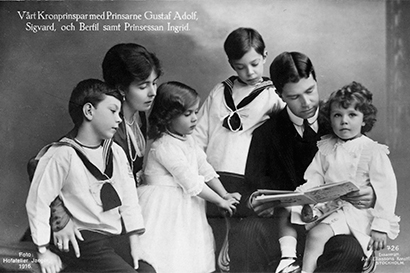 The Royal Family became accessible in new ways during the 20th century, and the public showed a great interest. A postcard from 1916 depicts the crown prince couple Gustaf Adolf and Margareta with their children Gustaf Adolf, Ingrid, Sigvard and Bertil. Photo from the Bernadotte Library's archive/The Royal Court of Sweden 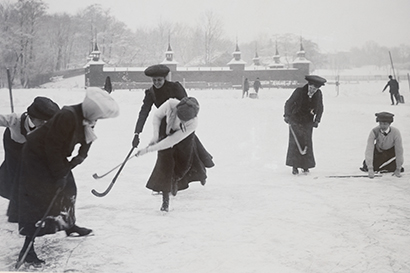 Crown Princess Margareta attracted great attention with her modern ways. Here, she can be seen playing hockey on Brunnsviken. Photo from the Bernadotte Library's archive/The Royal Court of Sweden 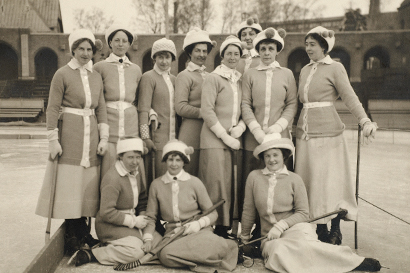 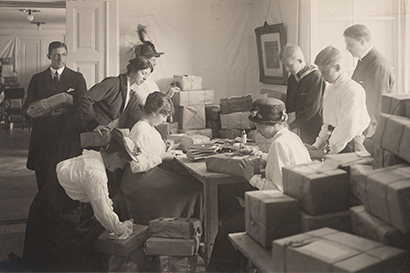 The Crown Princess distributed 'tokens of love to prisoners of war' from the Royal Palace, including food and clothing, as well as books, music, sports equipment, seeds and much more. Photo from the Bernadotte Library's archive/The Royal Court of Sweden 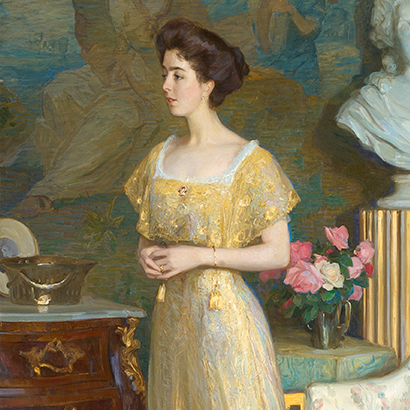 The sudden death of the crown princess was a shock to both her immediate family and the entire nation. Crown Princess Margareta (1882–1920) is buried at the Royal Cemetery in Haga Park. Portrait from the Royal Collections, by Oscar Björck (1909). Photo: Alexis Daflos/Royalpalaces.se

The exhibition Daisy. Crown Princess Margareta, 1882–1920 at the Royal Palace

Opens in new window.
Traces of the crown princess

Opens in new window.
Images from the press archive

One hundred years have now passed since the sudden death of our current King's grandmother. Who was this woman, who was so modern for her...