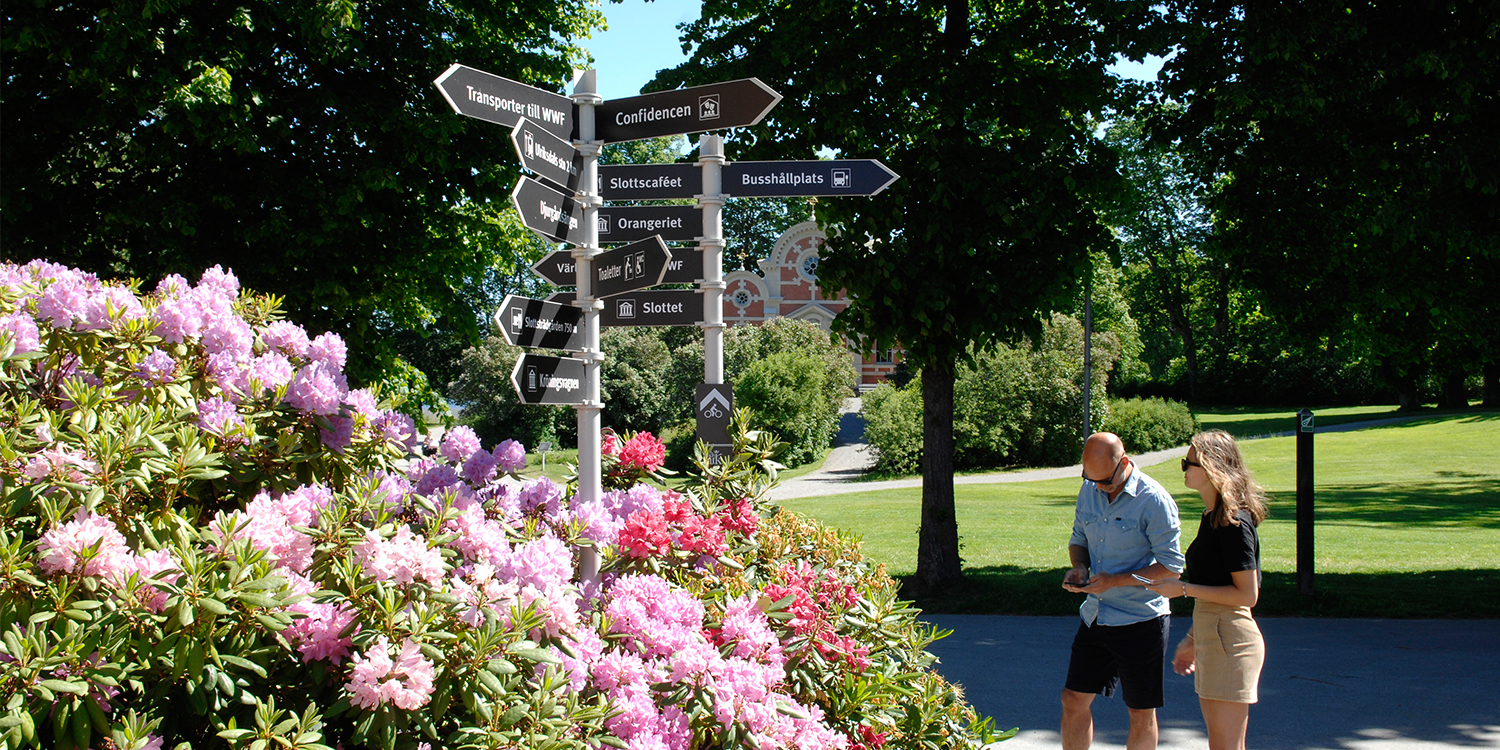 The Royal Walks app offers walks in beautiful settings through several of our royal parks. It now includes walks in the area surrounding Ulriksdal Palace.

The app will guide you on walks through the beautiful Ulriksdal Palace Park, during which you can learn about the park's history and buildings.

The palace park is a large area featuring traces of different stylistic ideals. Here, one of Sweden's most attractive baroque gardens was laid out in the late 17th century.

Open the app, select Ulriksdal, and choose from two themed walks: The Green Walk and Buildings at Ulriksdal.

The Green Walk takes you on a historic journey through the park's different stylistic ideals. You will discover traces of the former 17th century baroque garden and wander through the 18th century English park with its shaded groves, ridges and wild trees.

The park is home to several buildings, dating from the 17th century through to 1860. The buildings at Ulriksdal walk will guide you through the area's architectural history, including both buildings that are still standing and the former masterpieces from days gone by. These include a 17th century orangery, a royal chapel from the time of King Karl XV and a palace theatre built by Queen Lovisa Ulrika, not forgetting Ulriksdal Palace itself.

Ulriksdal Palace Park is open every day of the year, 24 hours a day. There is a café in the park, with several other places to eat in the nearby area. For opening hours, please visit the relevant website via the links on this page.

You can find out more about parking under Getting here

Due to current circumstances, Ulriksdal Palace is closed until further notice – find out more here 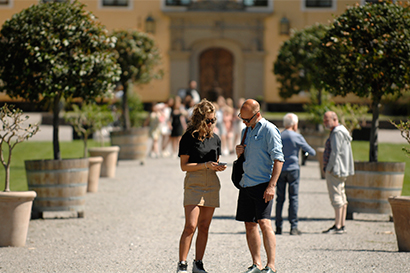 Find out about the park's history and buildings with the Royal Walks app. The app is free to download, and includes walks with various themes. 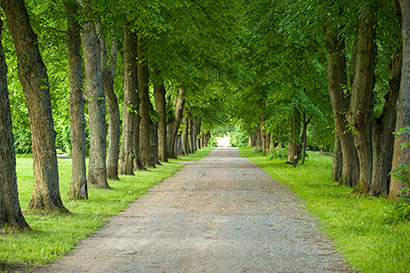 The park showcases stylistic ideals from different periods – from traces of a baroque garden and the English park, through to modern-day planting and landscaping. Photo: Håkan Lindh/Royalpalaces.se 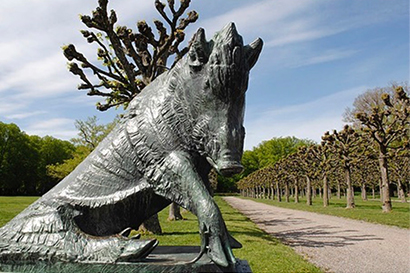 The central junction of the park was renovated in 1935, when Gustaf VI Adolf lived at Ulriksdal Palace. By the fountain two wild boar sculptures by Carl Milles were placed. 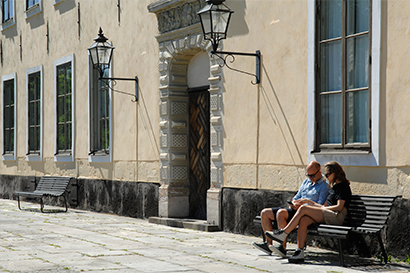 The large park has plenty of places for relaxing. There is a café and lots of grassy areas for picnicking. With a beautiful location alongside Edsviken Bay, it's easy to find your own favourite spot.

The app includes park walks on various themes in Ulriksdal Palace Park, on Royal Djurgården and in the area surrounding Drottningholm Palace.

A guided tour takes approximately 45 minutes. The guided tour is included in the entrance fee.

Advance bookings are recommended for larger groups. Ulriksdal Palace or the Orangery Museum can be booked June–August.

A tour of Ulriksdal Palace gives the visitor an exciting view of interior design spanning from the 1600s to the 1900s. On view are rooms ...

Centrally located in the Ulriksdal Palace grounds beside the palace itself lies the greenhouse built in 1600s. Nowadays the Orangery hous...

From the time that Jakob dela Gardie built a palace by Edsviken strand, some form of garden and park has also existed at Ulriksdal.

Sweden's oldest Rococo theatre, which dates back to 1753, offers both performances and guided tours. In 1976, Princess Christina showed t...

Ulriksdal Palace has had a chapel since 1662. At that time a chapel was built in the palace's northern wing by architect Jean de la Vallé...

The Orangery in Ulriksdal Palace Park is housing sale from the Royal Gift Shop. You will also find visit information about the attraction...

Princess Louise was both hard-working and humble. She worked at the front during the First World War, and as Crown Princess and Queen of ...

Queen Kristina's coronation was highly controversial. She chose not to be crowned in the traditional location, and refused to wear the Qu...

The Royal Walks app offers walks in beautiful settings through several of our royal parks. It now includes walks in the area surrounding ...